Mortigen is my focus in World of Warcraft, and has been since the Death Knights were released. This page is a scribble pad for info I want to keep handy. Find Mortigen on the:

Gear upgrade list for drooling and aspiring to, and due to some hard work and luck I am now getting upgrades from raid level gear or Valor Points, and not 5 mans. With the new patch adding 496 gear from Valor and HoF and ToeS released there is more to do than I can viable get to. A good problem to have, but also bad in a way. Mortigen at 80 in Tanking set. Rawr. 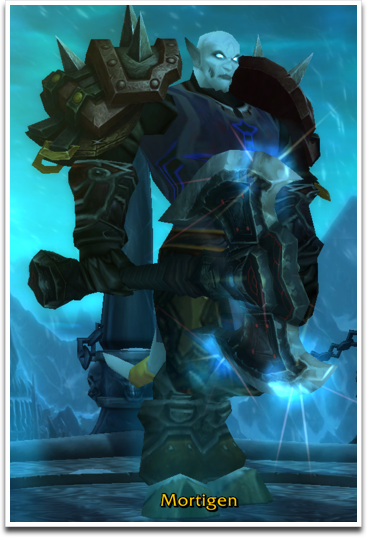 Mortigen as a new level 80 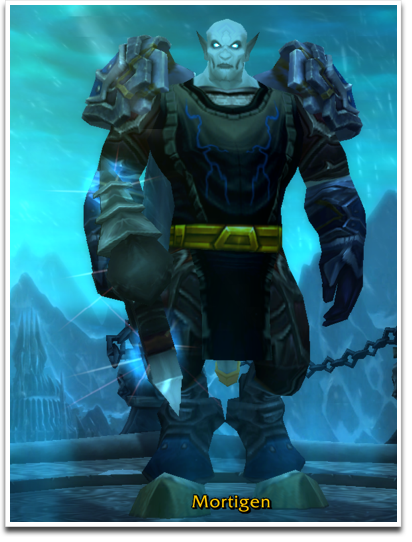 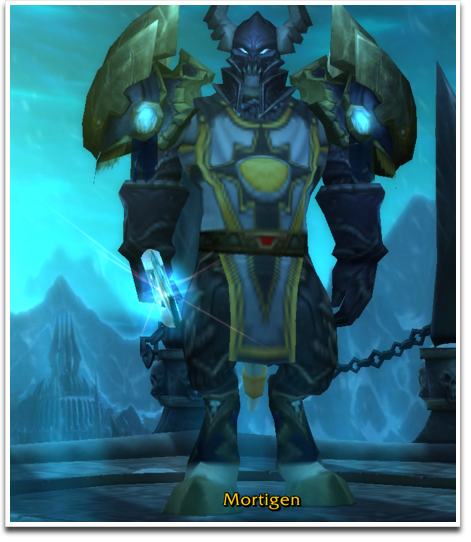