I expect that the Pandaren will become a side thought in the next expansion; as a race they do not have much to do with Draenor. Sure they will be present as adventurers at level 100, but I think they won’t dominate our screens at all. Orcs and Draenei will probably be the order of the day, with all sorts of new goodies for each race. I hope we see hooks for at least a few others races as well, as having a single race as the focus on each side of the faction war is thinner than I’d like. Lets see some lore based events.

Perhaps Sylvanas will emerge as an arm of the Horde with powerful and undesirable solutions to the fight against Garrosh’s “true horde”. She has provided a rather brutal solution to problems of her faction’s dwindling numbers and as a leader she has a lot of presence to draw from. The trolls must be pleased that they now have a strong presence in VolJin.

The humans get to watch our leading lady Mage rant and rave with the King, all the while the other Alliance races twiddle their thumbs and do very little in the main story. Where are the Gnomes, Dwarves, and Night Elves in all this? Did anyone even invite the Worgen to the party? The Tauren and Trolls had the guts to speak up and then usurp their leader after he made a screamingly evil set of choices, but the sub-races in the alliance just coast along.

Another thought I had was that the Pandaren might not keep to their faction choice. They’ve now seen far more about both the Alliance and the Horde than they did initially when their first choices were made, there could be stories about Pandaren soldiers switching between both sides based upon the outcome of the last expansion. The Vale was left in ruins and their culture has been shaken at it’s foundation, and a great leader lost. It has to leave some scars.

We (as the second class heroes in WoW) will need to deal with which ever agent allowed Garrosh to slip into time in the first place. And I’m not buying that the Black Prince is a good guy at all, and hopefully we get to see that little black whelp spread his wings. He’s made it really clear that he wanted one or other faction totally destroyed and we didn’t do his bidding well enough.

I also cannot imagine the Half Hill farm will be visited again by a level 100 player. The garrison is replacement and expansion on that concept. Good, there needs to be a more visceral hook from our characters into the game world. Traveling back in time is already enough of a step sideways in immersion, and anything which makes the character feel like it as a presence in the game world is a great addition. 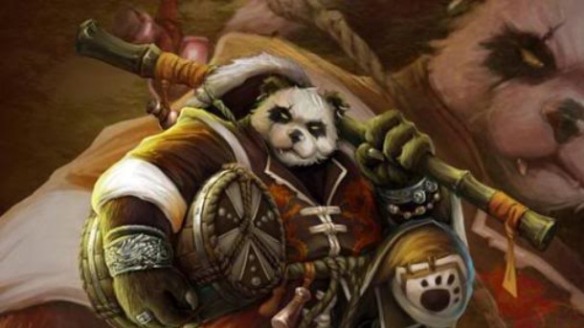 Fun and games to come.