The earnings call by Blizzard indicates that the subscriber numbers are apparently up slightly from 7.6 to 7.8 million players (reported by wowinsider). Honestly I am surprised it wasn’t a decrease, but also very pleased. In a rough economic climate for game developers and entertainment companies WoW as a game is still doing well.

Consider too that a game charging around USD$15 per month with 7 million players is doing exceedingly well. If another game had that revenue rate for a year the owning company would have very powerful options for what they did next, and what direction they chose to move.

Blizzard have had almost 10 years of good subscriber numbers. Think about that seriously for a minute, how much revenue? And then join me in the hope that they are reinvesting heavily in their next set of games. It was not chance that the Hearthstone Beta was as good as a polished game when the beta started (yes the card balance wasn’t there, but the quality was darn high).

How are the subscriber numbers generated?

No idea, but I’d bet that whatever sneaky formulas the paranoid types tell us they use to limit the perceived drop were already in use when the last few earnings calls were announced with the decreases, so that means this is a legit increase. Or at worst it a stable period in subscribers.

Either way, the sky is not falling on World of Warcraft. I know that some folks like to think that WoW will die any season now, but I really think that it can decrease for a while before it is really dying, and this recent rise means that it might be a little further away than we thought.

Good. I’ve still got heaps to do. Happy Killing. 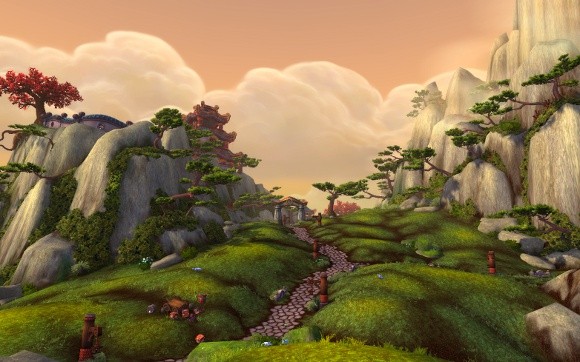 2 thoughts on “Once again, the sky isn’t falling for World of Warcraft”